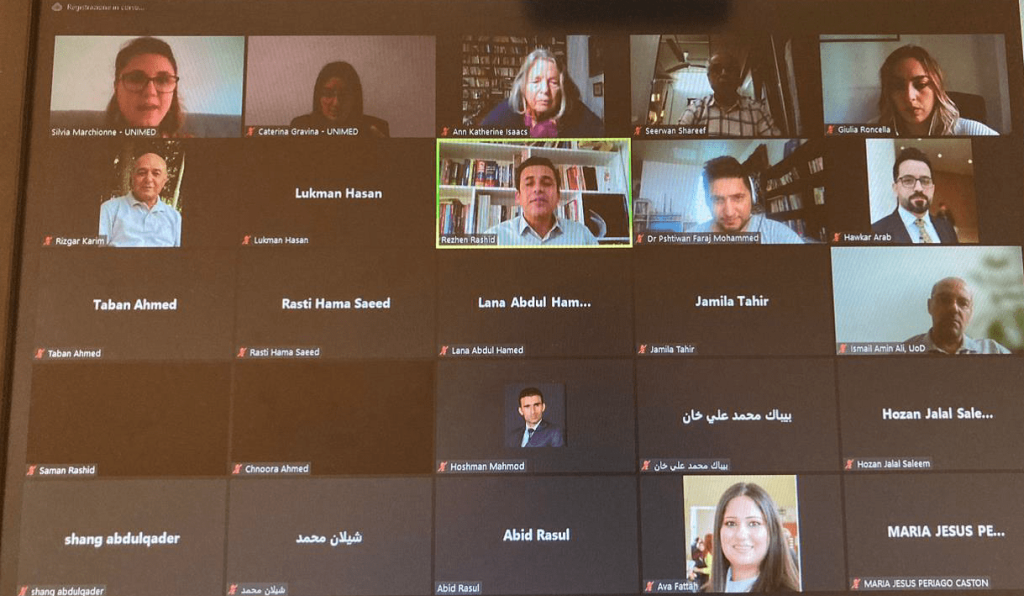 In the framework of the Erasmus Days 2022 celebrations, on October 14th 2022, the project APPRAIS held a webinar focusing on Bologna process, quality assurance and internationalisation in higher education.

The Webinar was focused on the Bologna Process and its implementation in Kurdistan region of Iraq. In particular, the three speakers reflected on the good practices and challenges that the project entails. More than 100 attendees including lecturers, directors, deans of the faculties and administrative staff members of the eight universities of the project participated, as well as other non-participating Kurdish universities and universities in Europe and in the South-Mediterranean region.

Dr. Hawkar Arab, the Director of Quality Assurance and Accreditation in the Ministry of Higher Education and Scientific Research, presented in detail the characteristics of the Higher Education system in Kurdistan in order to show the way in which the APPRAIS project can improve this system and what are the challenges to be faced.

Dr. Lukman H. Hasan, from the University of Duhok, attended the webinar as a speaker with the presentation entitled “Bologna Process and Internationalisation”, in which he showed the characteristics of the Bologna process, the objectives of the APPRAIS project, and highlighted the challenges of the project within the Kurdish context.

Dr. Rezhen Harun Rashid, Head of Bologna Process Implementation Committee at the University of Sulaimani, discussed the link between the Bologna process and his alignment with the labor market, and reflected on how higher education could contribute to the construction of a social dimension.

The attendees actively participated, in fact the final question and answer session allowed to clarify and further define the challenges and objectives of the project.